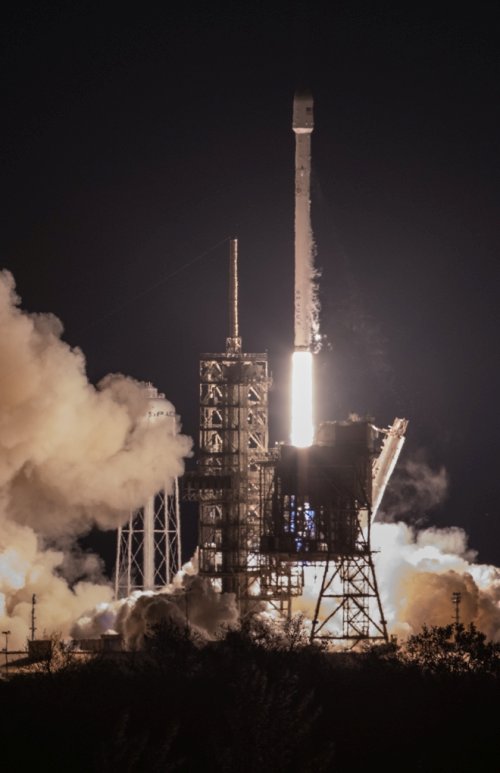 The same question – “Why Space?”, has been asked thousands of times in thousands of different ways over the last century. We won’t re-write what has been thoroughly discussed in the past. Instead, we will rely on the following quotes to provide a clear answer, the first quotes are from Stephen Hawking:

“In a way, the situation is like that in Europe before 1492. People might well have argued that it was a waste of money to send Columbus on a wild goose chase. Yet the discovery of the New World made a profound difference to the old. If nothing else, we wouldn’t have had a Big Mac or KFC.

“Spreading out into space will have an even greater effect. It will completely change the future of the human race and maybe determine whether we have any future at all. It won’t solve any of our immediate problems on planet Earth, but it will give us a new perspective on them, and cause us to look outwards rather than inwards. Hopefully it would unite us to face a common challenge.”

Our next reference is the Statement of Philosophy of the National Space Society, of which author John Strickland Jr. is on the Board of Directors as of 2017. We have modified the order, with the top level being economic prosperity, as we believe that as we live in a capitalist world any investment in developing space in the future must in the end be linked to economic growth. The rational for space being:

“Economic Opportunity – To provide every human individual with the opportunity to improve the wellbeing of himself or herself, and his or her family. Vast new resources must be developed if all persons are to be given economic opportunities for themselves and their children even marginally equal to what many would consider a minimally tolerable standard of living.

“Improved Standards of Living – To provide humanity with the resources it needs to improve the quality of life for all humans on the planet Earth. The majority of humanity lives at an economic level that is far below that of the Western democracies. Outer space holds virtually limitless amounts of energy and raw materials, which can be harvested for use both on Earth and in space. Quality of life can be improved directly by utilization of these resources and also indirectly by moving hazardous and polluting industries and/or their waste products off planet Earth.

“Technological Development – To provide remote locations for the development, testing, and “perfection” of promising, but potentially hazardous technologies, such as biological experimentation; nuclear, fusion, chemical and antimatter power generation; and space propulsion. Such developmental facilities could be placed either in space or on other worlds far from both space settlements and unrelated facilities.” Advancement can be expected in: Basic (Pure) Science – Our understanding of the universe will expand, Applied Science – Practical application of knowledge and skills learnt in space will be developed, Technological Spin-offs – We cannot predict the future but previous examples include computer chips, medical monitors, microwaves, etc and Stimulation of scientific and engineering education.

“Curiosity, the Quest for Knowledge – It is the nature of the human species to learn more about its origins, its past, its fellow life forms, its environment, its limitations, and its possibilities for the future. Earth is but a tiny container of knowledge compared to the entire incredibly vast universe.

“Survival of Earth’s Biosphere – Space technology provides both means to monitor threats to life on Earth and ways to help curtail them. Space industrialization and settlement provide safety valves to relieve the pressures that cause Earth-bound threats.

“New Habitats for Life – The human species, as well as all other animal and plant life on Earth, needs room to grow and multiply. Earth has a finite supply of land, air, and water, for which humans, animals, and plants must compete.

“New Frontiers for Humanity – to provide the human species with a new “frontier” for exploration and adventure, and to provide thought and expression, culture and art, and modes of government. The opening of ‘the New World‘ to western civilization brought about an unprecedented 500-year period of growth and experimentation in science, technology, literature, music, art, recreation, and government (including the development and gradual acceptance of democracy). The presence of a frontier led to the development of the “open society” founded on the principles of individual rights and freedoms.”

In summary, we believe that the development of space is a core requirement for human expansion, and one that must happen sooner, rather than later. We hope that these books will play a small role in motivating future scientists, engineers and leaders to focus on humanities initial expansion from Earth.